We have one mission in mind with Masumi. To help you to discover your inner beauty through purity and make you feel and look fabulous!

Re-discover the Confident you!

At Avakino we feel passionate that losing your hair needn’t mean losing your sense of style. Our versatile Masumi headwear collection has been created for those living with hair loss and consists of a range of timeless, elegant, and classically feminine designs that will make you look and feel fabulous!

So whether you need an easy-to-wear everyday piece for work, an elegant scarf for a night at the opera, or a knock-out hat for a wedding, we are sure to have a solution to help you re-discover the former stylish, confident you! 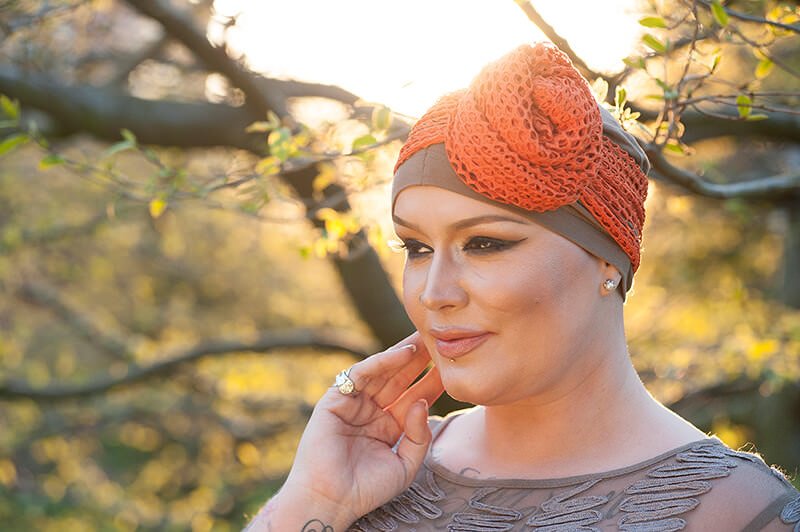 Designed for women who are looking for comfortable headwear that is chic, stylish and feminine

We are proud to design our collection in our beautiful home town of Manchester UK.

The collection has been created from a range of carefully selected natural fibers to provide a headwear collection that is light, cool, and effortlessly elegant. From Silky-soft cotton in gentle spring shades to delicate bamboo fibers in bright summer hues, every piece in our range has been designed with comfort in mind and is suitable for everyday use, as well as for wearing on those special occasions.

We hope you enjoy our beautiful collection! Love from Masumi Manchester 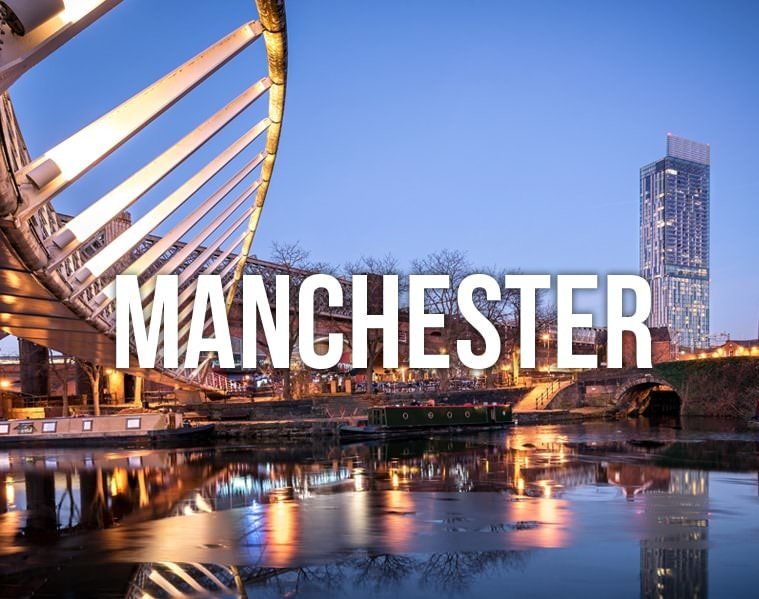 Before founding the company, Ali Nowroozi worked in the wig industry for 11 years. While doing so, he realized the vulnerability of cancer patients. At the time, he only saw unexciting headwear designs. Additionally, they solely were for practicality. Ali yearned to create a superior alternative. In doing so, helping people experiencing hair loss from alopecia, chemotherapy, and cancer. Hence, the idea to launch a range of fashionable, seasonal headwear materialized.

Ali’s experience in the wig industry proved instrumental during this entire process. He utilized his expertise and set about designing comfortable, elegant headwear. Masumi Headwear then launched in 2015 in Manchester UK. From its birth, it has upheld an unwavering commitment to its customers. Masumi Headwear has consistently offered flattering headwear. Its products use innovative double-layered techniques and soft, organic bamboo.

Losing hair loss to cancer is a personal story to Ali, who takes huge inspiration from his wife, Anna. At the age of 14, she had a diagnosis of Hodgkin lymphoma, and, as a result, experienced hair loss. Thus, they both understand how hair loss knocks confidence and leaves emotional scars. 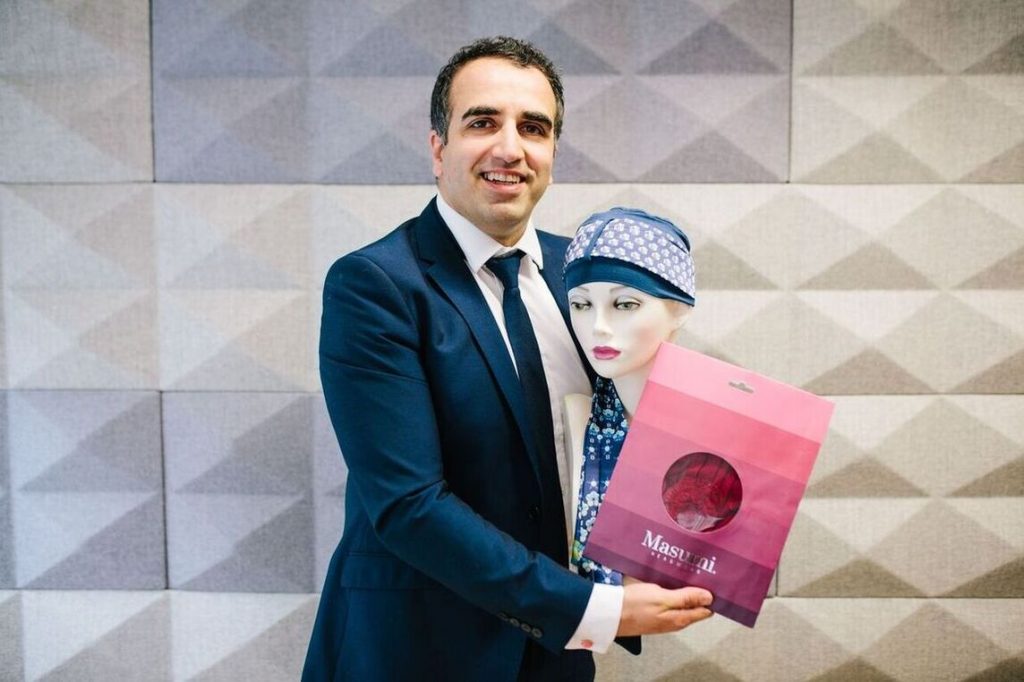 Masumi Headwear started as a one man’s vision. Since then, it has expanded to become a close-knit team reaching a global community. Masumi Headwear has distributors in the USA, Spain, Italy, Denmark, and Chile. Additionally, it supplies to customers in Germany, Greece, and Mexico.

Ali collaborates with the University of Salford. In 2017 he received an Alumni Achievement Award. That same year, he also became an Honorary Industry Fellow.

The business has won various awards. They include:

An everlasting enthusiasm drives Masumi Headwear, thanks to its incredibly devoted team. This intrinsic passion has led to an ‘Excellent’ Trustpilot rating. Also, it paved the way for exciting partnerships such as becoming the No.1 NHS headwear supplier. Masumi Headwear has also worked in collaboration with the Teenage Cancer Trust. Together, it launched a collection exclusive to children and teenagers.

Masumi Headwear has gone from strength to strength. It offers chemo scarves, turbans, hats, beanies, plus headwear for exercise and rest. A core belief is that headwear should be accessible to everyone. Hence, the business proudly produces styles, for women, men, teenagers, and children. In 2019, the product range expanded to include luxury Ellen Wille wigs. Later that year, Ali shared his inspiring story on BBC Radio Manchester. 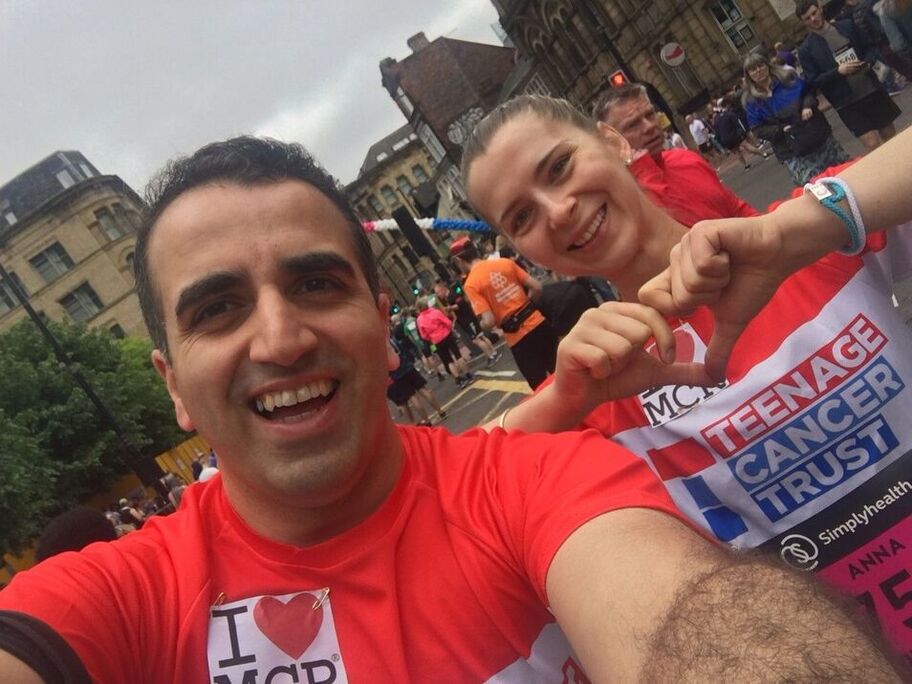 Do you have any questions or wish to become our stockist?

We Work With and Support

Today we are featuring this beautiful picture of o

We are so proud to have won Fefoo Gold Trusted Ser

Now you can sense personalised gift and card from

Today we are featuring our gorgeous advocate from

Exciting NEW 🚨😃Due to popular demand we are

Do you like our cool stylish beanie hats. Masumi H

Today we are featuring our beautiful advocate @fab

Masumi Headwear advent calendar is back! Every wee

Sign up and receive offers and hear our latest news!

We have one mission in mind with Masumi. To help you to discover your inner beauty through purity and make you feel and look fabulous!